"Like Boys": How D1 players participated in the movie 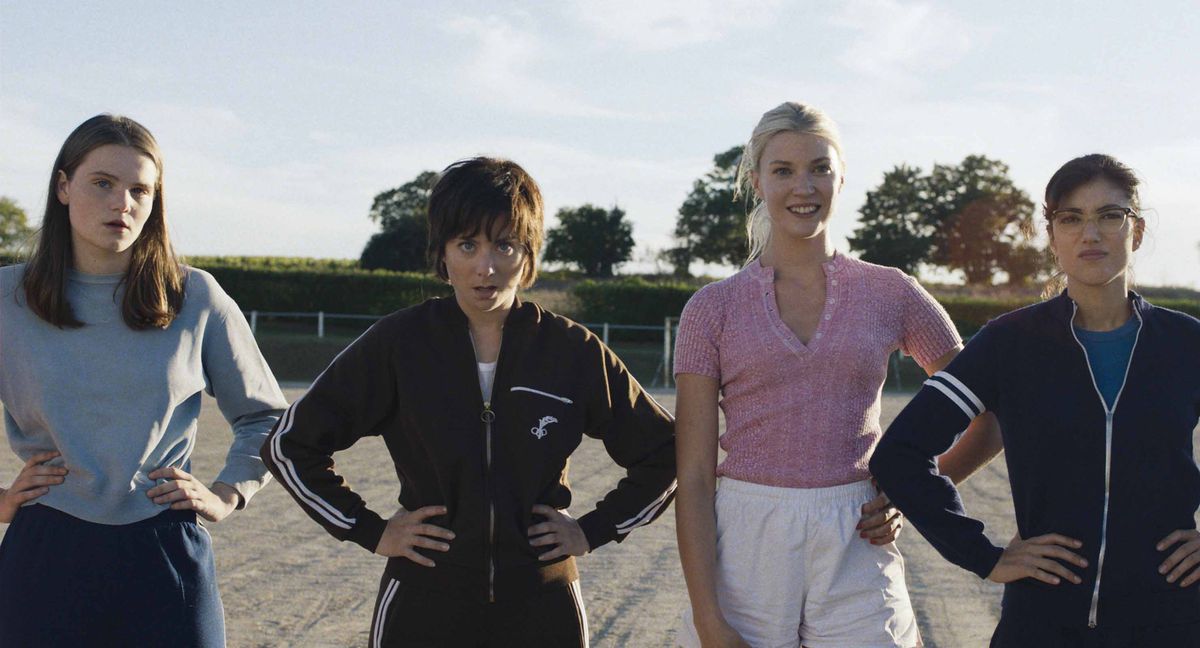 The film Comme des Garçons is a comedy about the history of the pioneers of the Reims in the late 1960s and part of the French women's football was mobilized to help the realization of this film. Discreetly, in the middle of the credits you will recognize the names of players who currently play in D1 and D2, others may see teammates, past or present, among the teams that meet "Girls Reims" in the film.


The first part of the football work was first upstream of the film, with actresses who worked for three months to learn the basics of football. As Julien Hallard explained to us, the director of the film, a single actress, Zoe Héran had "rudiments of footballers". For all the others, it was necessary to leave the base.


Former player of Soyaux for coach


For Vanessa Guide who plays the role of Emmanuelle Bruno, the training lasted for six months to best embody a character who gradually appears in the film as the best player on the team. A long conditioning with the objective of gaining credibility, and for which she had a real coach. The trainings of actresses and Vanessa Guide in particular were led by Aurélie Meynard who taught them almost everything: "led by bullets, control pass, passing of legs, small bridges, large bridges ...", but also " learn the gesture "of a real football player as the actress tells us.

Aurélie Meynard, a familiar name on the side of ASJ Soyaux, where she evolved in the early 2000s alongside the current coach of Bleues, Corinne Deacon, before having to interrupt his career due to health problems. With a view to making the film, she was one of the mainstays of coaching but also involved in the creation of "choreographies" on the stages of the film.

A determining role and a personality that marked Vanessa Guide evoking his humor and his "team captain side" which allowed to "ensure the cohesion" of the group of actresses. She notably took the actresses of the film "see matches", introduced them to "players", and introduced women's football, but also simply the rules of the game.


A mobilization in several clubs


According to Julien Hallard, she also gave "a lot of contacts", especially to find players who participate in the match scenes. A dozen of players from ASJ Soyaux took part in the adventure, as reported by Cynthia Viana, who participated in the shooting while she was playing in Charente last season. She evokes for us "certain scenes [which] was done 35 minutes drive from Soyaux" Aurélie Meynard "wanted to integrate the girls club. She just told us it was a film about women's football, and we did not hesitate. "

Cynthia Viana is also part of the players mentioned in the credits, just like her former teammate Anna Clérac, and Elise Legrout who was evolving then in Essonne. These players Soyaux and Juvisy, Vanessa Guide remembers. She evokes "super players" who on the various scenes "were all the time losing." The actress praises the ability that these players had to "pretend" precisely because they "know how to play" and therefore assume the best role for the realization of the film.

For his part, Julien Hallard humorously remembers the experience that was obviously even more difficult for the boys who participated in the film and played against the actresses. Some "could not take it anymore" to "take small bridges, goals" and "pretend to resist a little" and eventually lose in the end.

When actresses get caught playing


With the trainings, the actresses took to the game and in particular Vanessa Guide who approached the choreographed scenes of matches with a mind of competitor. For example, she tells a filming day, where she had to hit a "free kick" in the middle of the window.

In training, the gesture is perfectly executed, but the next day in front of the camera, the "two tests" do not fit properly. For the third and final take, Julien Hallard then intervenes one of the liners who participated in the film, and Vanessa remembers that she was "like a player who does not want to leave the field," "hyper-edgy" against herself.

On all the scenes, one finds this "mixture" between the game of the actresses themselves and those of the linings even if Vanessa Guide assures us that she was "able to do all that [the spectators will see] on the screen" among the football gestures made by Emmanuelle, her character in the film.


A real challenge for the actresses but also for the director Julien Hallard facing a sport that remains difficult to film. Among the feature-length films he has watched with interest, the now-popular Chee-là like Beckham, whose aficionados will find some accents in the way of filming certain actions. The director of Comme des Garçons also wanted to rely on the opportunity to be on the lawn in the middle of the players, much like a "boxing ring" and be able to better understand the movements on the ground.

As many technical challenges as the film team has tried to raise to make credible the final result. A desire to get closer to the reality of the game of the time, a "football field" early, relying on the strengths of French women's football. It is now up to the most loyal supporters to be on the lookout to see if their favorite players have not slipped into one of the scenes in the movie.


Photo in one: Mars Film