" Like boys ": When the cinema highlights women's football pioneers 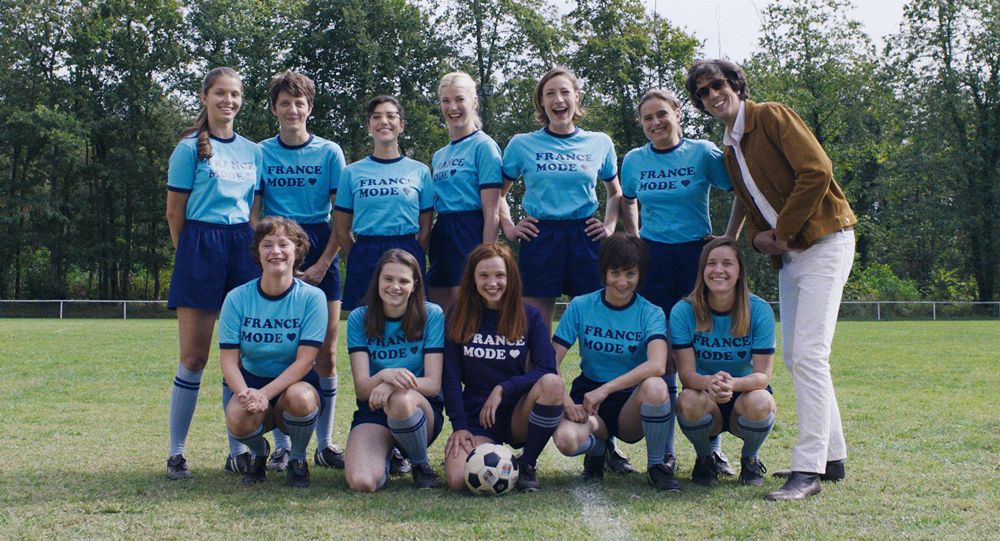 Today, Comme des Garçons, a film about the creation of the 1968 women's team in Reims. Reims players who played a decisive role in the renewal of women's football in France, after its decline and its prohibition during the Second World War. The film by Julien Hallard traces in its own way the beginnings of this epic, a production to discover now in the dark rooms.


Women's football was not born in Reims in 1968, but the role played by the Champagne team was essential in the development of the practice in France at that time and thereafter. A road traveled which it is possible to become aware today, fifty years after the events, and the approach of the Women's World Cup 2019 to be played in France.


The strength of a true story


Next year at the World Cup, some of the best players in the world will step on the lawn of the Delaune Stadium, where it all began, or almost, August 24, 1968. Curtain raises a meeting between the Stade de Reims and Valenciennes, the Remoises meet the Alsatian team of Schwindratzheim, for an exhibition match won 3-1 by the Champagne players.

During this meeting and the one scheduled the next day between the two teams on the occasion of the Union Sports fair, several thousand people are present to attend with enthusiasm. The epic of Remoises is launched, and women's football is experiencing a second life that has never stopped.

Here History serves as a setting for Comme des Garçons directed by Julien Hallard and released this Wednesday on French screens. A film that is primarily a fiction, with his winks, his references to the "Girls of Reims" but whose two main characters were created for the film.

Fictional characters in the service of narrative


Paul Coutard, camped by Max Boublil, is a journalist of the daily "Le Champenois". A character who refers to the figure of Pierre Geoffroy, journalist at the Union, and who was the instigator in July 1968 of this match-exhibition, scheduled for the annual carnival of the Union newspaper. A "joke" that turned into a real team in the seriousness of the girls who responded to the announcement published in the columns of the newspaper. Pierre Geoffroy then became the coach of Reims, then the coach of the French team in the early 1970s.

The comparison stops here. Arrogant, egocentric, misogynistic, the character of Paul Coutard will not stop evolving during the film, to gradually give up his most unpleasant features. As Julien Hallard explains, it is "the motor character" that energizes the film, growing up in contact with the "heroines" that are the players of the team.

The other central role is that of Emmanuelle Bruno, played by Vanessa Guide. She plays the role of an executive secretary in the Champenois who is charged with Paul Coutard to organize the carnival of the newspaper. Discreet, erased, she quickly reveals her passion for the round ball but especially her talent football that propels her despite herself on the front of the sc

The choice of comedy


The film, the first of its kind in France, found its source in 2012, a few months after the 2011 World Cup in Germany. A competition that the director of the film, Julien Hallard, followed with "the good World Cup" of the French team. He remembers "Louisa Nécib" and had discovered as much, "the emergence" and the extent taken by women's football. Then it was the discovery of the history of the pioneers of Reims, which has now become a film broadcast on the big screen.

A subject treated in the form of a romantic comedy, a genre used by the director to be able to adopt a "point of view" on the subject of the film. A way to question, particularly through the relationship between the two main characters, asymmetrical relations between men and women, especially in the late 1960s.

We find clichés, archetypes of this cinematographic genre that are used to advance the plot and lead to a form of balance between the two main characters, "equal", far from the contempt displayed by Paul Coutard for Emmanuelle Bruno in beginning of the film.


The stakes of an era not so far


The historical references are distilled, between the conflict with the FFF to obtain the recognition of women's football, the decline of the Stade de Reims after its golden age in the 50s, the strongest presence of sponsors ... Many anecdotes told by the old Rémoises to Julien Hallard, also served for the film. Other elements have been deliberately modified, such as the director's choice to place the action of the film in 1969, to disconnect the story of the Remoises from the context of 1968 with the great strikes that France is experiencing in the spring.

Paradoxically, and the film talks about it, the revival of women's football was in the shadow of the emerging feminist movements at the same time. The fact that girls play football is first of all the sign of the popularity of a sport that is played at a very young age, and in the families where it is practiced, the girls do it too. At the time, the magnitude of the phenomenon had surprised and the opportunity offered to the Remoises has turned into wildfire.

If ground still needs to be conquered so that women's football finds its place in the French sports landscape, the film demonstrates in its own way that mentalities can evolve, and that what seemed unlikely yesterday, now becomes a laughing matter and think .

Photo in one: Mars Film