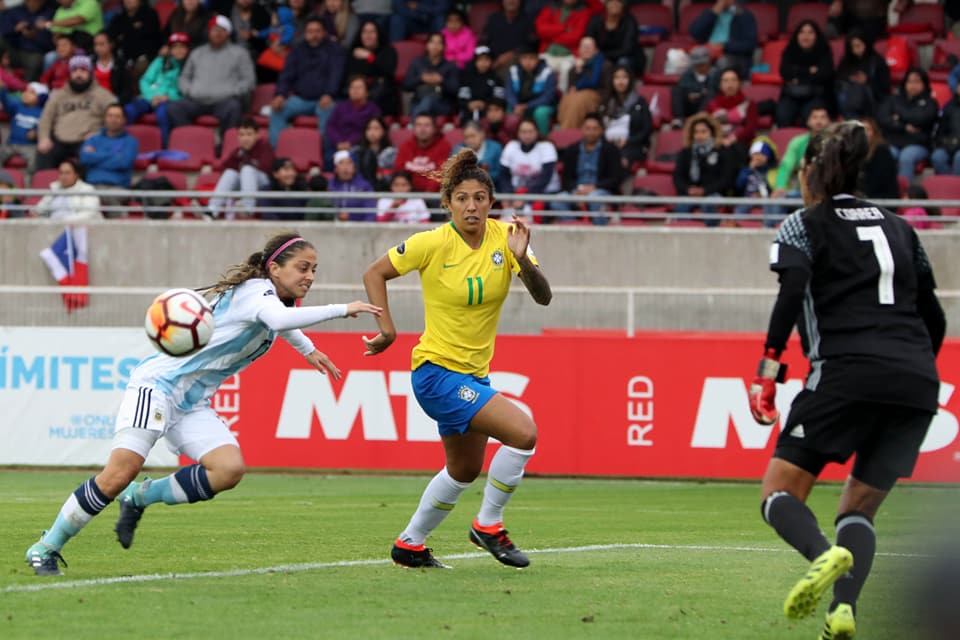 At the end of the second round of the finals, and before a final match between the remaining four teams, Brazil is already guaranteed to finish in the first two and therefore qualifies for the next World Cup. His 3-0 win against Argentina also allows him to get closer to a seventh title in 8 editions, especially as Chile and Colombia have neutralized.


As a reminder, this tournament in South America, beyond the continental title, allows the two best nations to qualify for the 2019 World Cup in France. The first will also be directly qualified for the Olympic Games 2020 in Japan, as for the second he will be able to compete for the Games.


After a balanced first half, where both teams join the locker room back to back, the Seleçao was quick to make speak his offensive knowledge. As soon as the locker room returns, the Vadao players will take the lead, with a second-half entry goal from Cristiane (47th). Midfielder Formiga shifts Marta to the right, the Brazilian puts the defenders spinning by chaining dribbles and cross center at the far post, where Cristiane emerges to cut the trajectory.

Totally dominating Argentina, Brazil will quickly make the break with a goal from Thaisa (52). A new victory for the Seleçao is looming and Debinha endorse it with a third goal, five minutes after it came into play. The player of NC Courage, current leader of NWSL, has once again made speak its quality of striking by pulling from the entrance of the penalty area to the right skylight (78th).

With a 3 point lead over his dolphin and rival of the day, Brazil is in a very good position to get a seventh South American title and qualify directly for the 2020 Olympics.


As in the pool match, the two teams split on a parity score, but this time without a goal scored. A meeting where Colombia was more enterprising, and Chile was able to keep a clean sheet thanks to a big game of his captain. Paris Saint-Germain goalkeeper Christiane Endler has avoided the opener several times.

In the end, neither Chile nor Colombia was able to take advantage of Argentina's defeat. By neutralizing themselves on a goalless draw, both teams grilled a good chance to finish in the first two and qualify for the next World Cup.

Without right to the error, the host country will have to get rid of Argentina if he wants his ticket for France. As for Colombia, his last chance will be to bring down the Brazilian ogre, while hoping for a draw between Chile and Colombia.