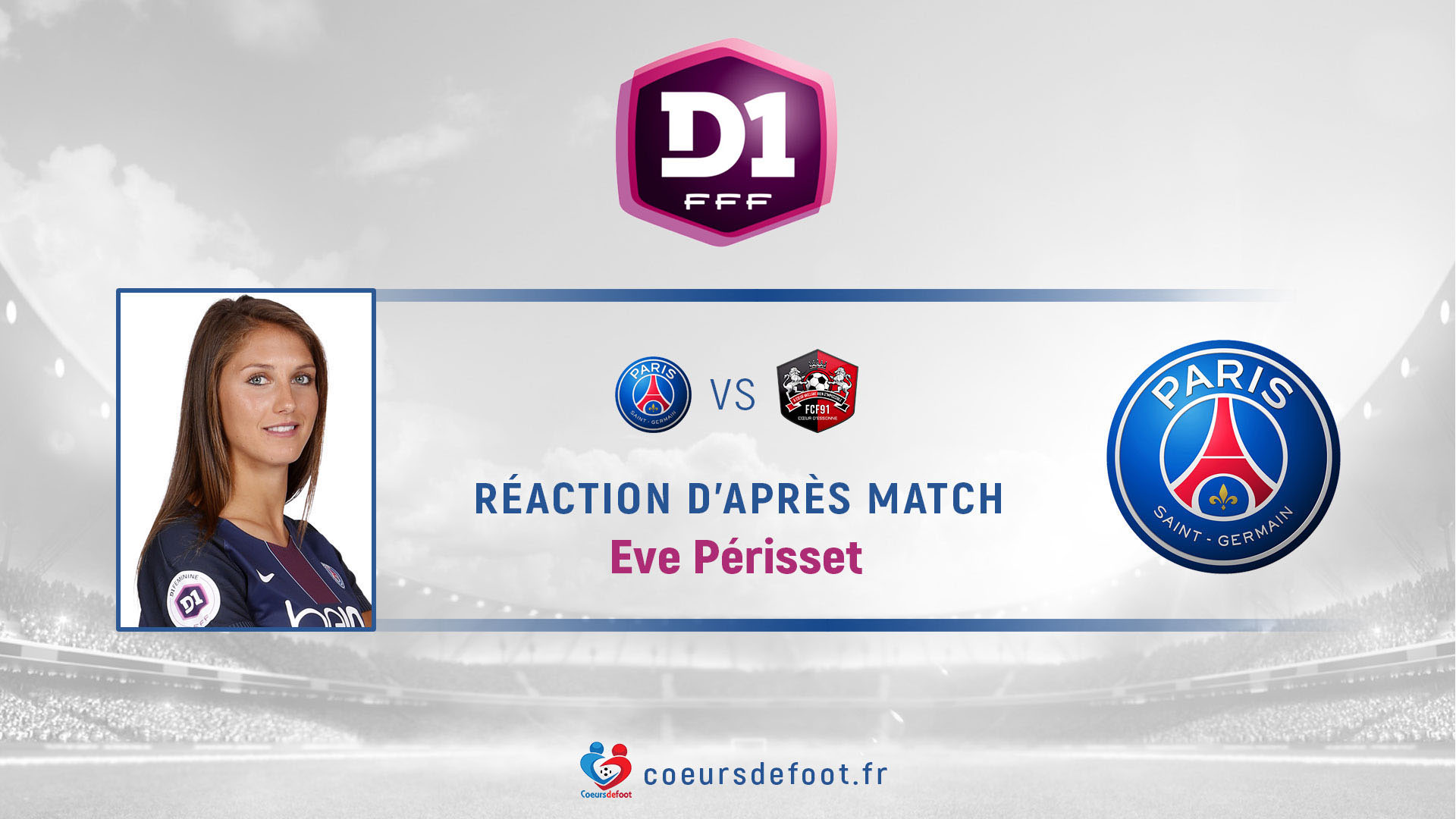 In the mixed zone, we found Eve Perisset who was at the origin of the center on the first goal of Diani and who has probably allowed PSG to reap his game in the right direction to win a 4-2 win against in Fleury.


His impression on the meeting

I think we had a good first half, we showed great things by scoring three goals so I think it was a full half. After the second half we relaxed a little, we took two goals that could have been avoided but good the most important is the victory. But we really have to rectify that, not to make the same mistakes on the next matches.


We saw that you had trouble a little in the first quarter of an hour to deploy your game against Fleury. Is that your impression too?

Yes, no (she hesitates) I think we had a good first half, we were patient, we made them run. But I think they were also tired at the end of the first half. We have been able to find spaces, to be persevering and I find that we score three beautiful goals, important.

In the second half there is a lot to see again, we will have to work to erase all that and then to progress for the next matches.


"I try to bring the most to the team,


We also felt that your percussion on your corridor really brought the solution to the PSG during the first goal especially in this match. It's also your feeling?

I try to bring the most to the team, trying to move forward to attract the opponent, create gaps for my teammates and also making good passes to be decisive. After there are still things to improve, but it's still a good match I hope for my part today.


We also see that PSG, there are a lot of system changes and even a turnover (more important than Lyon for example may be). Is it not complicated finally for the good harmony of the team on the ground to change all the time?

(she thinks) Not complicated, we had returned to the 4-2-3-1 system as we used to play. After no we work well systems of play, we adapt and then I think that today we did the job, especially in the first half. Regarding the second half, there are things to correct, and these two goals ruin the victory but good ...


"We have to erase some technical errors as well

and defensive to better control our matches. "


Did not you get on the same level as Fleury in this match?

No, I do not think so. After I think they also at halftime, they had rectifications because we had a little more trouble to find and play as we could play in the first half. We must also erase some technical and defensive errors to better control our matches.

The semi-final of the Coupe de France against Soyaux, next Monday

It is true that we take the matches one after the other so Fleury is past, now we will focus all next week on this meeting against Soyaux, which is going to be a very difficult match because we forget that In the league in the first leg, they left with the draw (1-1). So now it's a Cup game that's different so we'll work well all week to prepare for this game, and hoping for a win to go to the final. This is an early season goal.


Your last challenge - beyond the second place synonymous with the Champions League next season - it will be against Lyon in the league, where you may have the opportunity to take your revenge. Is this the state of mind today?

Yes but before that there are matches, take our revenge ... We do not think too much in Lyon because there are matches in between, there's Bordeaux and there's the Coupe de France, so you have to to do by priority we will say, and we must be careful. We still have time to think about the match against Lyon (smile), the game is still far away.