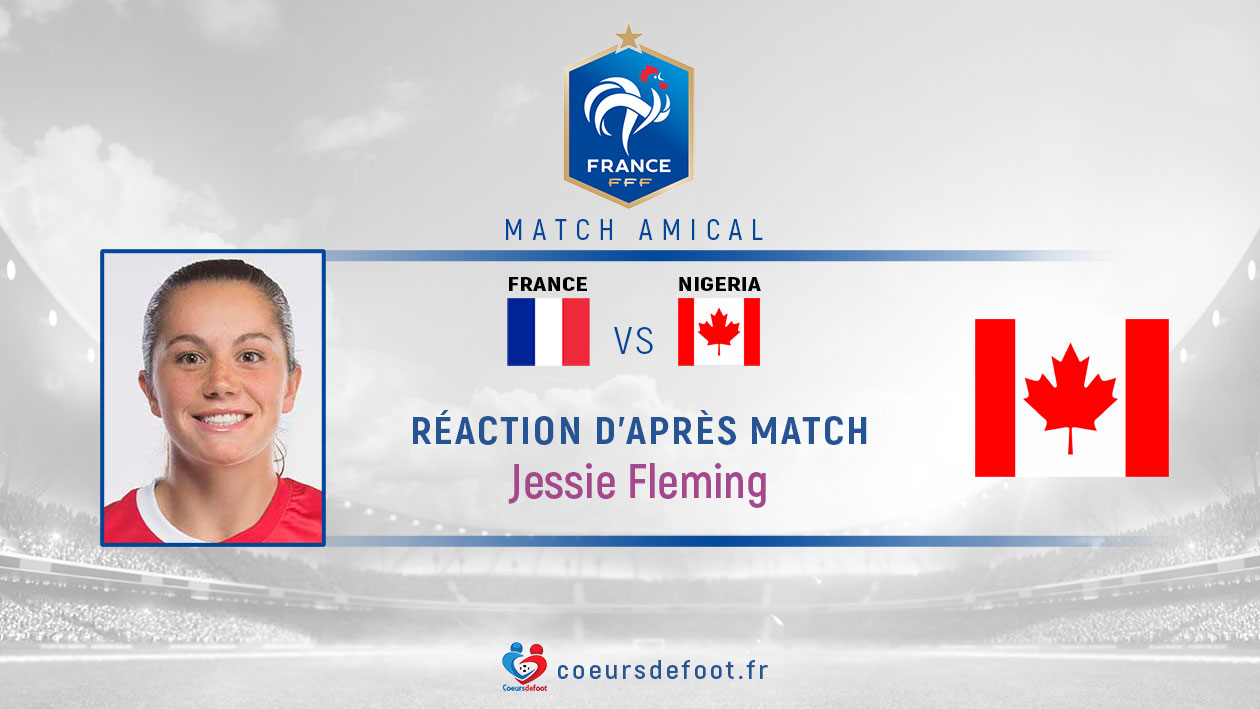 At only 20 years old, Jessie Fleming flew past the Canadian side yesterday against the France team. We wanted to have his feeling on this match lost on the smallest margin (1-0).

Football Hearts - What is your opinion on this match?

I think it could have been better. There were times when we did not keep possession but individually, we learn a lot of players like [Eugénie] Le Sommer or [Gaetane] Thiney but I think it's great to take part in this game. I would have liked to bring more for the team but we know that as a team, we learn more outside and we improve individually. We will be more excited next year.


Football Hearts - We have seen that it has been very difficult to impose your game against France. It was hard to come back after the French goal?

Yes I agree. I do not think we have possession, that we have many opportunities. France scored on penalty and they had another so I do not know if either team would have had many opportunities throughout the match. We would have liked to have more the ball in their camp and have control of the game. We are a little disappointed for that.


Football Hearts - But what were the instructions before the match?

I think that having had more success against France in the past requires us to be ubiquitous (especially defensively) but, again, I would have liked to have a little more possession of the ball, to have more opportunity and being dominated by a team that attacks well, that's not what we had predicted.


Soccer Hearts - You are really calm on the field. How do you do ? Are you mentally preparing for this kind of match?

I do not know, I'm just trying to do simple things on match days. I'm trying to get some experience with the few games played. Learn and see what's going, what's wrong and improve.


We learn games we play,

players that we face.


Football Hearts - How is the World Cup for you coming to France after your third place at the Olympic Games in Rio in 2016?

The Olympic Games were spent two years ago but we are constantly progressing and we learn the games we play, the players we face. As I said, players like Le Sommer or Thiney inspire me in the game even if they dominated us. You have to learn from them and see things little by little with a team like France, learn from these matches and grow.