Post Lionel Cure (Fleury): "We had the hope of hanging a draw here"

Lionel Cure (Fleury): "We had the hope of hanging a draw here" 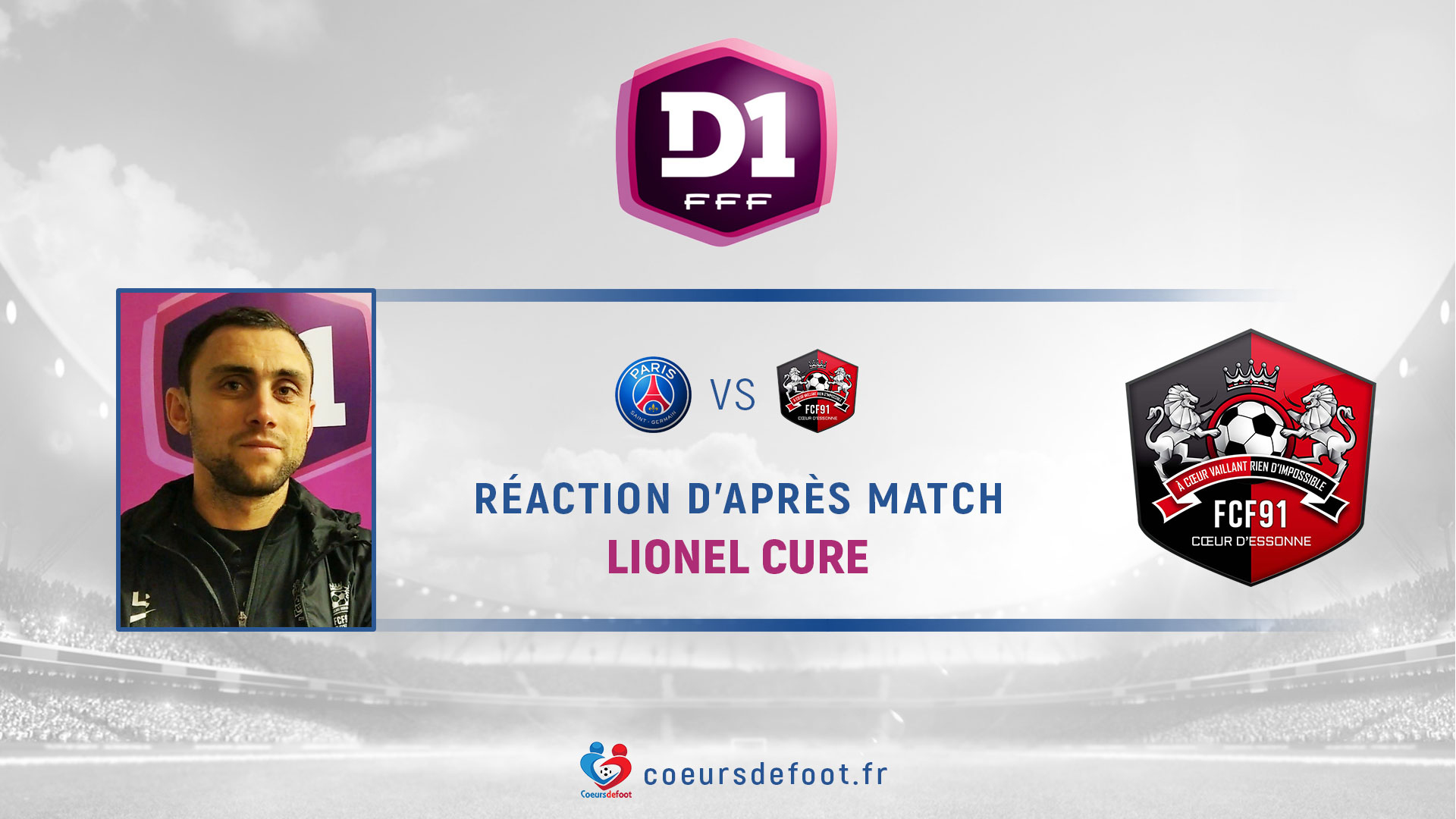 Obviously disappointed in the result, Lionel Cure reacted on this lost match against Paris 4 to 2.


The feeling about this match

Disappointed. We had the hope of getting a draw here but in the first half, we were feverish, we went back and we did a non-match during this period so it put us [in a bad situation] . 3-0 at the break it's hard to go up. So at that time, we had lost the goal [of the draw] at stake. We had to show another face in the second half, make the effort together and that's what we managed to do better. in this second act of the meeting. It was not necessary to defend by retreating, what we had done in the first half.


Was there a lack of pressure on your players?

I do not know if it was the feverishness or the tactical implementation [of our strategy] that we lacked but we did it backward. We forgot to defend well by advancing and to get the players.


It was also noted that the placement of Claire Lavogez is still lacking, because she was very stuck in the evolution of her game on the left lane. What is your opinion on this subject ?

She started on the left side, she is interesting at this position to enter on her right foot. And Sarah [Palacin] struggled offensively in the first half on the dry pressing with Salma. We were too low, so we made this change in the middle of the first half, it was a little better at that time but not enough to counter the PSG at this time. The Parisiennes combined well on their side ...


The fact that there may have been fewer goals conceded by Fleury in the first half, it was good mentally / morally to the team?

Yes, they were given the message at half-time and were congratulated after the second half for correcting what was missing first.


The entry of Julie Rabanne with his percussion game, it helped a lot the team to develop his game?

Yes it was the whole team that responded better to the different entries, like that of Danae Dunord, who scored again. The entries were positive.


An awareness at the break?

Yes we changed tactically too. There have been a lot of tactical changes too, at the midfield level. The PSG combines well with three, we had trouble passing the ball defensively so we had to solve this problem, especially in the midfield. After Paris has powerful players like Katoto who make the difference and you have to be even more rigorous behind to be able to counter them.


The last twenty minutes is where you felt most comfortable, where you managed to combine again ...

Yes I think PSG was also in management in the second half, so it was easier for us to counter them. With envy and determination we wanted to come back, reduce the score and show a different face than in the first half.


This face will have to show against Lyon from the start of the match?

Yes the same. The teams like that, if you defend all the time it's complicated, we do not play, there's no game so you have to play it is the goal of football.

Do you have to go fast without being afraid to take a goal behind?

Oh yes if they put 10 if we're all behind, backing away, it's not logical.


The important match will be against Rodez?

Yes, you must not lose it. We will do our best to bring back Rodez points. We will have to put management in this game. We'll have to go get it.