Post Lucy Bronze (OL): "Manchester City has made it difficult for us"

Lucy Bronze (OL): "Manchester City has made it difficult for us" 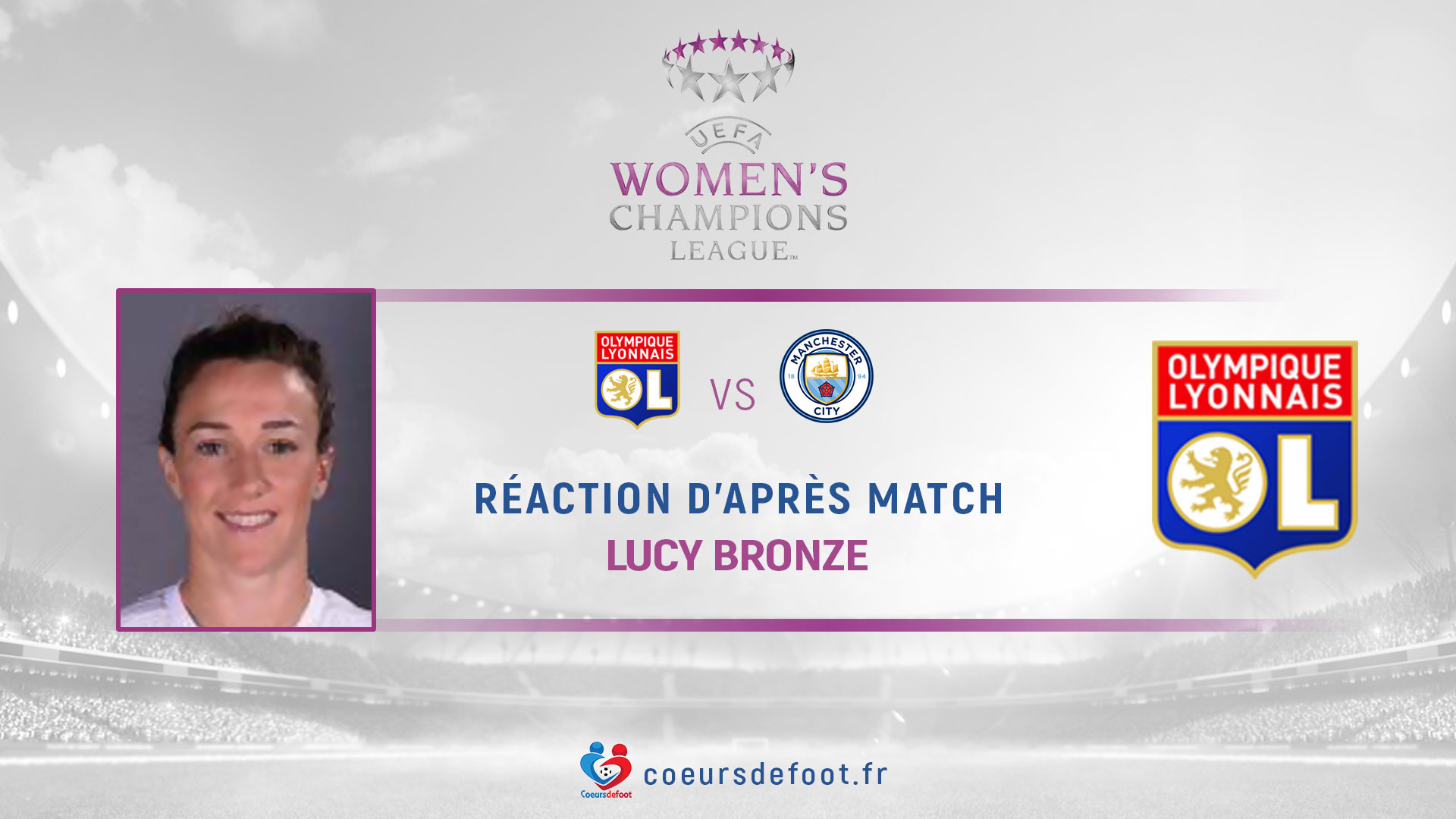 The impressions of Lucy Bronze, decisive this Sunday on the lawn of Parc OL. She scored the (magnificent) goal of the win against her former club, Manchester City, allowing Lyon to qualify for the final of the Champions League.


"I am very happy, happy that the team is going to the finals, that we won today at home. It was very important to win today and not to concede goals. "

"Yes, that was fine. I do not score a lot of goals but I'm happy to have scored today and made sure that the team goes to the finals. "

Playing and scoring against your old team, you thought about it during the match?

"I did not really think about it today. Maybe last week, meeting up in Manchester was a little different but today, I'm in France, in Lyon, with my teammates so it did not matter who the opponent was. We wanted, I just wanted to win and qualify for the final. "

One of the actions that characterizes you are these great rides at the heart of the defense. You did it against Barcelona (bringing a goal) and still today in the first half. Looks like it's becoming one of your characteristic gestures?

" I do not really know. I may be less technically talented compared to other players, especially in this team but, I know I'm powerful and I can run a lot. And so when I see an opportunity, I take the ball and I go there. Today I should perhaps have passed the ball, Eugénie [Le Sommer] or Maro [Dzsenifer Marozsan] could have scored, but it's okay, we came out and we won. "


Also in this match, it seems that your goal seemed a little free the team, it gave the impression that Lyon has managed to better express themselves in the field

" Certainly yes. Manchester City made it difficult last week [in the first leg] and we were disappointed with the game. Even today, it was difficult to score goals. We could have scored more, only one, but that was enough today. "


Lyon is in the running for a hat-trick, three trophies, and maybe three Champions League in a row. You who play since this season with Lyon, what does it feel like to be in this position?

"That's why I came to play in Lyon because they've been the best team in the world for a long time and people maintain those expectations of winning trophies, playing finals. I know that for girls, it will be special to win three times in a row. No team has yet arrived, so it would be really special. For me with only one European Cup, I would be very happy. "


We can see that teams with a fairly offensive mentality, Barcelona, ​​Manchester City, find themselves playing very defensively against you. Does it make things more complex to have to find the fault every time in very consolidated defenses?

"Yes, it's hard. The other teams show us a lot of respect. It's a good thing, because they know we're a good team. This makes matches more complicated, especially in the Champions League. The other teams want to counter Lyon, sometimes they are afraid to play. The expectations are still for Lyon, the pressure too, but we showed as well against Barcelona as on today's match that we can handle the pressure, and play against anyone. "


This season Chelsea and Manchester City have reached the semifinals. What does it say about women's football in England today and the league level [FA WSL]?

"The championship is very competitive today in England. Obviously, Chelsea and Manchester City have done very well this season in the league and the Champions League. This season and last year, Manchester City could not finish. I think English clubs still have a way to go, but it's definitely promising.