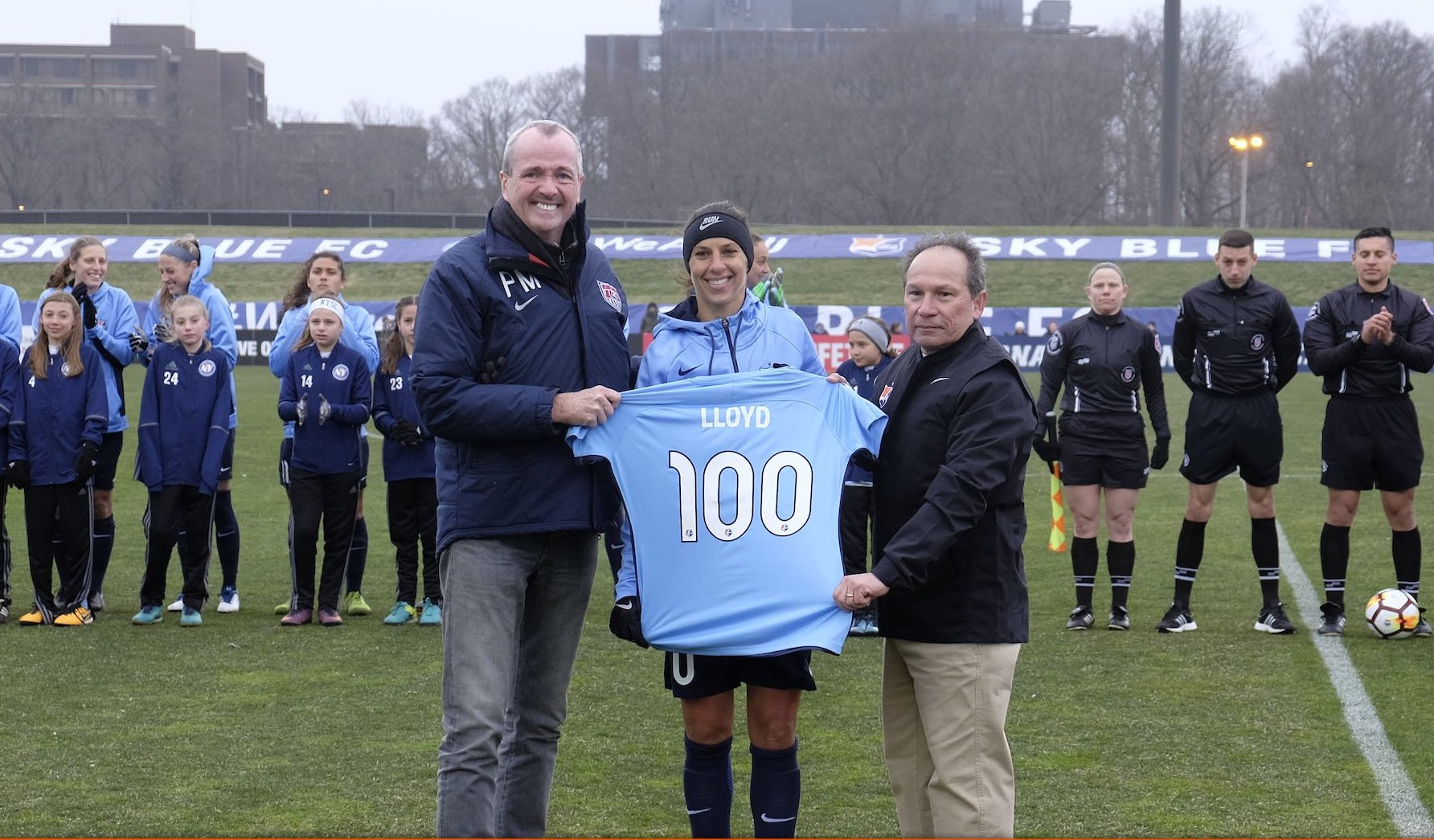 After the international break, the American championship took over this weekend. Portland was the only team to win at home against Orlando, while NC Courage continued to lead with a third win. Sky Blue remains the only team to have not taken a single point, even if the franchise of New Jersey played only two matches.


This meeting between two teams that have not won this season has ended in a defeat of the Royals. This is the first defeat for the Utah franchise, which debuts in NWSL this year. However, the players of Laura Harvey had much better started the game. But, once the first quarter of an hour has passed, Chicago will put more foot on the ball and offer the clearest opportunities. Yuki Nagasato will first shoot on the left post (21st), then Danielle Colaprico will open the score with a shot at the surface entrance. A sublime half-volley of law that comes to lodge in the right dormer. Abby Smith could not do anything.

The Royals try to react, but it often goes out of the box, like the two heads of Gunnhildur Jónsdóttir who pass over the crossbar. In the second half the debates are balanced, and neither team manages to find the net in spite of opportunities on both sides, like this head of Nagasato for Chicago, or the missed face-to-face of Jónsdóttir. It was the best opportunity for Utah to come back and score a third draw in three games. On this action, Diana Matheson finds the Icelandic in the surface of a light pass that pierces the defensive curtain. Gunny Jónsdóttir can then hit, but it was without counting on Alyssa Naeher who intervenes (55th).

Despite the defeat, this match was marked by the return on the grounds of Amy Rodriguez. Victim of the cruciate ligament rupture a year ago, the Kansas City player, now a resident of the Utah Royals, was able to return to the pitch at the end of the game.


In front of the leader of the championship, with two wins in two games, the Washington Spirit was quick to shake the nets. Mallory Pugh rises a ball in the axis near the opponent's surface. She tries a pass to teammate Joanna Lohman. It is postponed at first but the ball comes bouncing on the heels of Abby Dahlkemper. This rebound benefits Pugh who recovers and can score with a right shot (3rd).

This is the first goal this season for NC Courage, which was the only team to remain defensively waterproof. This delay on the scoreboard is not going to frighten North Carolina players. For her return to Washington, where she evolved between 2014 and 2016, Crystal Dunn will stand out. After a deflected corner kick by Aubrey Bledsoe (17th), the former Chelsea player will equalize (20th). Four minutes later, the Courage players manage to pass by a superb free kick by McCall Zerboni. Bledsoe clears a ball with his fists off his penalty area, which gives a free-kick very well in front of goal and on the 16-yard line for Courage. Zerboni scores with a stabbing shot that perfectly hangs over the wall before diving under the goalkeeper flush with the left post (24 '). The American midfielder will score the goal the break for his team at the return of the locker room with a second personal goal in this part (48th).

Francisca Ordega then narrowed the gap and restarted Washington (58th), but the North Carolina players remain the most dangerous offensively and it is logically that Lynn Williams again allows his team to make the break for his team of one cross-hitting (66th). Williams passes close to the double, on this new shot deflected on the crossbar by a pigeon wing of Estelle Johnson and the fingertips of Bledsoe (77th).


Before this first Sky Blue home game this season, rookie Carli Lloyd was honored for her 100th selection goal. A goal scored in the US jersey during the victory against Mexico in a friendly won 6-2 on April 8.

But, the party will be short-lived in New Jersey since Seattle will quickly open the scoring. Sky Blue defender Erica Skroski is going to put a hand in the box, and offer a penalty for the Reign in the 5th minute of play. Megan Rapinoe then transforms it with a shot in strength. Rapinoe could even get a second penalty, on a rough exit, in his feet, Kailen Sheridan (17th). Very fit on this early encounter, the American attacker is a victim of a breakdown after the locker room and must give way. An output that makes the offensive phases of the Seattle players a little more sterile, but with no impact on the scoreboard, since the opportunities are not raining any more. The best opportunity of the Sky Blue is this shot by Shea Groom, in a closed corner and Michelle Betos can come out for a corner (74th).

At the end of the game, Seattle at the opportunity to accentuate his advantage thanks to a second penalty conceded by Skroski (85th). Jodie Taylor takes the shot from the right post, but Sheridan is on the right side and pushes him away. The ball comes back to Kiersten Dallstream who hits, but the New Jersey car door makes a new parade. A double-rescue that does not prevent the Sky Blue to bow. Their second loss in two games and still no goals scored this season for the players Denise Reddy.


In a weekend rich in success outside, the defending champions sign the only home win of the weekend. However, after a balanced start to the game, it is the Florida players who will open the scoring. A goal from Chioma Ubogagu that marks a cross shot, having been found in the surface on a deep pass Christine Nairn (20th). The Orlando franchise misses the break shortly after, with this strike by Ali Krieger that hits the underside of the cross (27th). Near 0-2, Portland will finally equalize in the minute following a superb shot from the left of Lindsey Horan. The Horan-Sinclair connection will even allow the Thorns to take the lead before half-time. The ex-PSG player centers on the first post where the Canadian captain pushes the ball into the net (39 ').

Despite a nearly one-second run in favor of the Oregon franchise, Mark Parsons' players will not be able to get away, as missed opportunities by Ifeoma Onumonu or Ana-Maria Crnogorcevic.