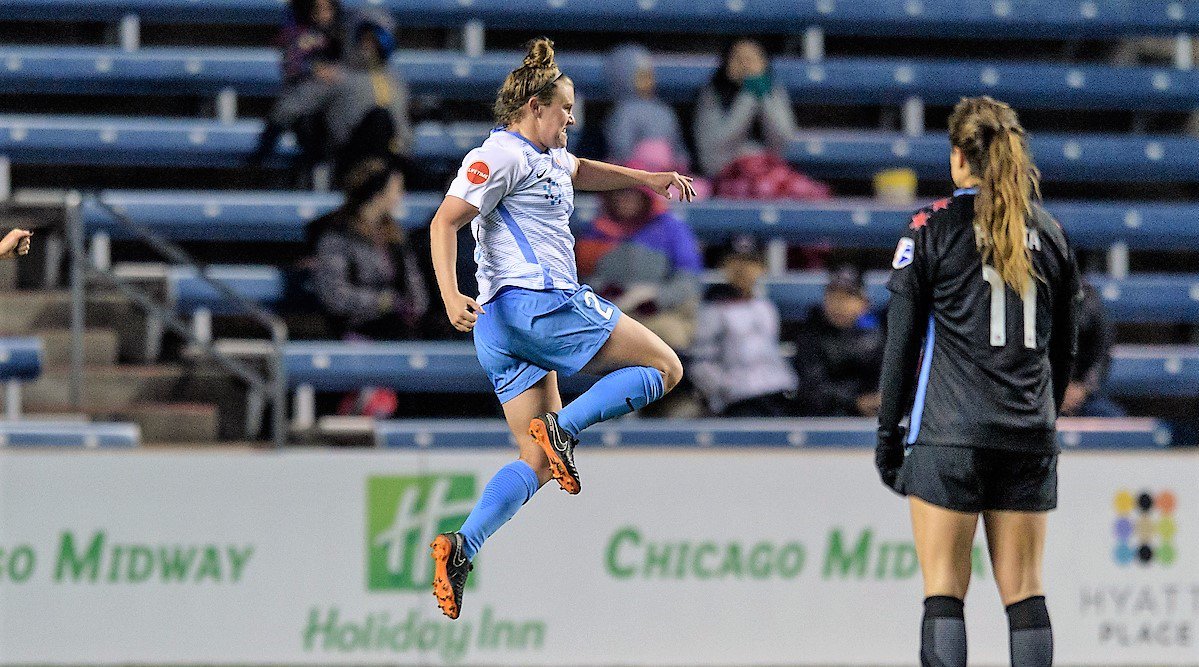 A week almost full for the North Carolina Courage and the Chicago Red Stars who sign a win and a draw. Orlando Pride wins his first game of the season while Sky Blue scores his first point. More complicated week on the other hand for the Houston Dash which chained two defeats in three days.


Like last season, the NC Courage began the 2018 fiscal year with four wins in a row. Then, the franchise of North Carolina conceded a first draw, which allows them to temporarily take a 5 point lead in the standings.


In the middle of the week, the players from North Carolina received Seattle, the only team that was unbeaten before this game. A summit meeting that resulted in a short win for the locals. The franchise coached by Paul Riley found the flaw in the 70th minute with a goal from Jessica McDonald. Private Megan Rapinoe, out of injury last weekend, Reign bows.


After this new victory, the Courage marks a small time out against the franchise of Utah, but still grabs a point. A 2-2 draw at the end of the match, but not undeserved. The leaders of the championship had quickly taken the advantage after the sublime opener of the Merritt Mathias score of a tense shot (6th).

But in the second half, Laura Harvey's players will take advantage of defensive errors to get back on the score, and even take the lead. First, a long ball deflected back by Dahlkemper who will take his own goalkeeper in the back. Katie Stengel is then the fastest at the fall of the ball and can push the latter in the empty goal (52). Then, the Utah Royals will go ahead with a goal from Brittany Ratcliffe (66th). Denise O'Sullivan sends a poorly adjusted pass to her goalkeeper, Katelyn Rowland misses her clearance on Ratcliffe for the Royals' goal. Ten minutes from the end, Crystal Dunn will enjoy a well anticipated but poorly made out of the goalkeeper of Utah to equalize.


Week without a point for the Houston Dash


Of the three teams to have played two games this week, the Houston Dash is the worst operation by bowing twice. His first two defeats of the season after two draws.

Indeed, midweek, the Chicago Red Stars had won 3-0 against Houston. A meeting that turned quickly in favor of the Illinois club, with a goal against his camp Kristie Mewis (7th), then a goal from Lauren Kaskie in stride (11th). After losing in Chicago, the Texas franchise lost 1-0 to Florida on a goal from Chioma Ubogagu (65) against Orlando. This is the first win of the season for Pride, who will meet Marta, back after his victory with Brazil in Copa America.


However, despite these two setbacks, Houston is not last in the standings. It is the Sky Blue that closes the march. The franchise of New Jersey still took its first point this weekend by holding in check (1-1) the Chicago Red Stars. Already scoring a goal against Houston on Thursday, Sofia Huerta is again shaking the net of the Toyota Park after only 44 seconds of play. Its center at the entrance of the left side surface, towards the second post, ends in the opposite window. This is the second fastest goal in the history of the Red Stars (Alyssa Mautz holds the record with a goal in the 40th second in 2013).

Thanks to a second more controlled period, the Sky Blue will be able to equalize. A goal from Savannah McCaskill who opens his meter in NWSL (78th).


Finally, another draw on this score of 1-1, the meeting between the Portland Thorns and Washington Spirit. A meeting that the Oregon club played without its guardian Adrianna Franch, injured right knee. Francisca Ordega will open the score for the Spirit at the end of the first period, before Christine Sinclair equalized on a penalty kick, obtained just before the break. This is the fourth goal in four games this season of the Thorns captain.


NWSL - The results of the week: