Post NWSL (week 5): NC Courage takes off, behind it is neutralized

NWSL (week 5): NC Courage takes off, behind it is neutralized 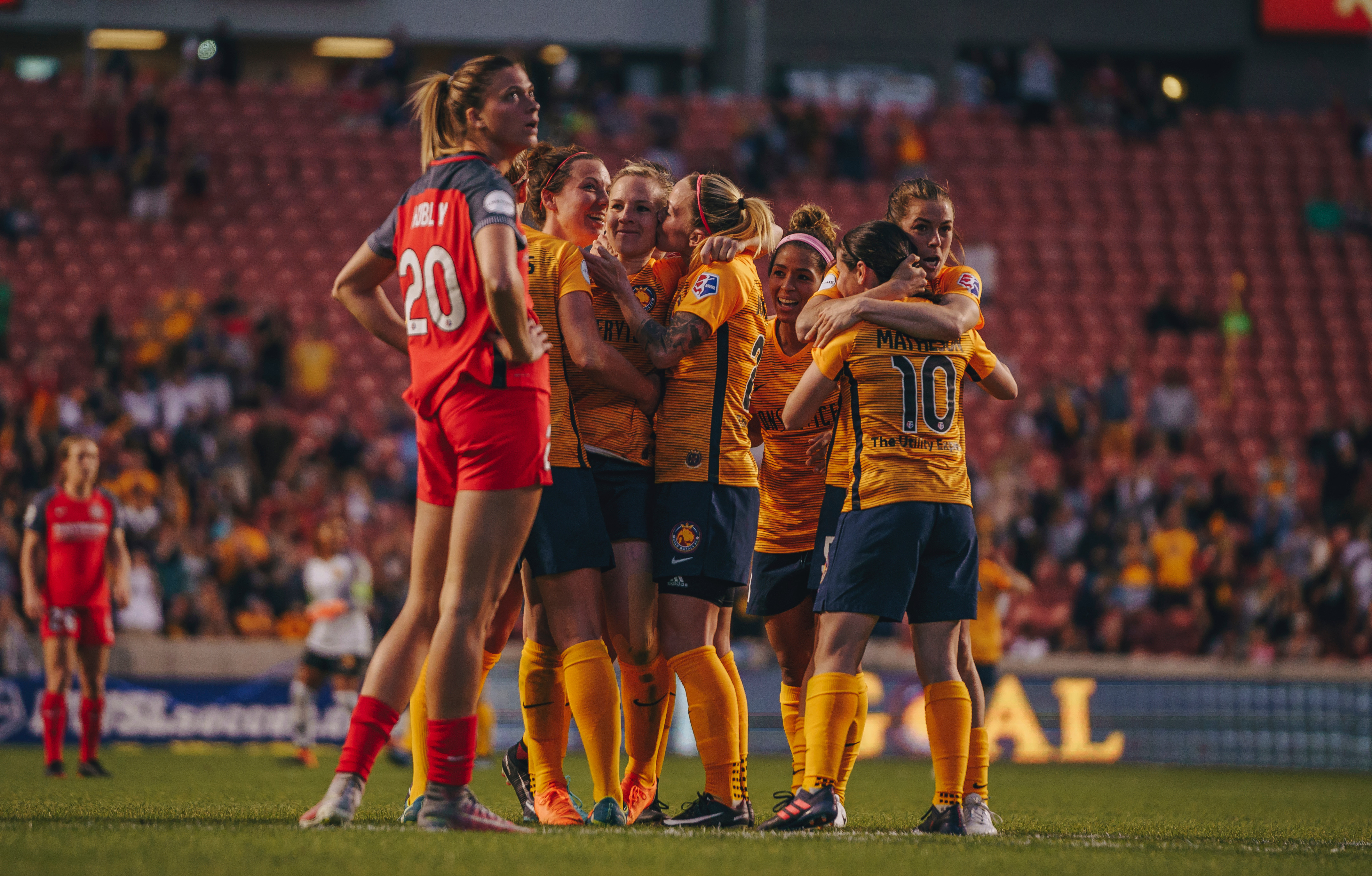 This weekend across the Atlantic was marked by the return to the club of international having played the Copa America or the Asian Cup. For the occasion, three draws, all on the score of 1-1. Only team to succeed, North Carolina Courage. Still undefeated, the NWSL leader takes the lead and distance his Chicago runner to 7 points.


Houston received the league leader opening this 5th week of NWSL. The hope of winning his first victory of the season will soon be showered by a quick opening of the score of NC Courage. On a long right-sided touch, Jessica McDonald will find Crystal Dunn at the penalty spot, which concludes (3rd, 0-1).

McDonald comes close to making the break at the quarter of an hour of play, when his crossed head goes to look for the right window of Jane Campbell. But the US door makes a good tap to get the ball out of the corner. Then will come the best opportunity of the Dash. But it was not counting on the superb double parade of Sabrina D'Angelo. The goalkeeper from North Carolina first deflects Amber Brooks' shot on the crossbar with the tips of her fingers, then the ball goes back to Nichelle Prince, but at close range she falls back on her Canadian compatriot, impeccable on his line (26th).


Like the first period, the players of Paul Riley start perfectly the second act and will make the break on this strained shot by Kristen Hamilton (48th, 0-2). Crystal Dunn (68th) or Lynn Williams (79th) will then try to take advantage of the possession of their team to increase the gap, but they will fail in turn against Campbell.

New victory for the NC Courage, which is about to receive his dolphin, the Chicago Red Stars. In contrast to this top-ranked duel next weekend, Houston will move to New Jersey for a low ranking duel.


Except for the victory of NC Courage, all the other matches ended in a draw. Starting with this clash between the Washington Spirit and the Chicago Red Stars. The Spirit was able to count on his scorer in the form of the last days, Francisca Ordega. With a third goal on the last three meetings, the Nigerian striker opened the scoring for the local, taking the second post a strong center in front of the goal Mallory Pugh (4th, 1-0).

But, the franchise of Illinois will return to the score with a goal of Alyssa Mautz (20th, 1-1). Aubrey Bledsoe is ahead of Samantha Kerr, the Australian striker who came back from the Asian Cup and made her first match with Chicago, but the ball is back on Mautz who can conclude in the empty goal. In the process, Kerr is not far from registering his first goal of the season and put his team ahead on the scoreboard. Samantha Johnson will miss the advantage in Chicago, on a corner by Danielle Colaprico, but Bledsoe is on parade (41). Precious on his line, the door of Washington makes many stops and allows his team to keep this draw.


On the lawn of Orlando City Stadium, Pride will offer the first clear opportunities. But Seattle's Michelle Betos will be decisive. She pushes a shot by Alanna Kennedy, going into contact (11th), then on the action that follows, she is again decisive against Alex Morgan. Finally, the Reign, still deprived of their flagship striker Megan Rapinoe, will open the mark. A long free-kick pushed back by Ashlyn Harris, the ball returns with this head of Megan Oyster who will find Allie Long in the feet. Without control, the American international takes a half-volley left, and cheats Harris (33, 0-1).

Back after winning the Copa America 2018 with Brazil, Marta did not fail to shine. The Brazilian midfielder Orlando returns to the score, with a majestic free kick, in full skylight (61st 1-1).


In front of Portland, Amy Rodriguez scored her first NWSL goal in just over a year. It was in the first match of Kansas City last season, against the Boston Breakers in April 2017. A match where she was injured and was removed from the field until a fortnight ago, resuming competition with her new franchise of Utah. Rodriguez took advantage of a defensive error by Kelli Hubly to recover the ball, break into the box, and go dribbling the goalkeeper from Oregon (53rd, 1-0).

Less than 15 minutes later, Tobin Heath equalized for Portland, enjoying a superb pass from Christine Sinclair. Found in the center line of the penalty area by his captain, Heath finished a small dive (67th, 1-1). Sinclair is once again decisive. The Canadian striker had failed to open the scoring in the first period, on a shot that went well but that Becky Sauerbrunn saves in extremis (20th).

Still without a win, Laura Harvey's players sign a fourth draw in five games. The Royals will play their next three home games, an opportunity to offer - perhaps - a first win for the Utah franchise, in front of its audience.