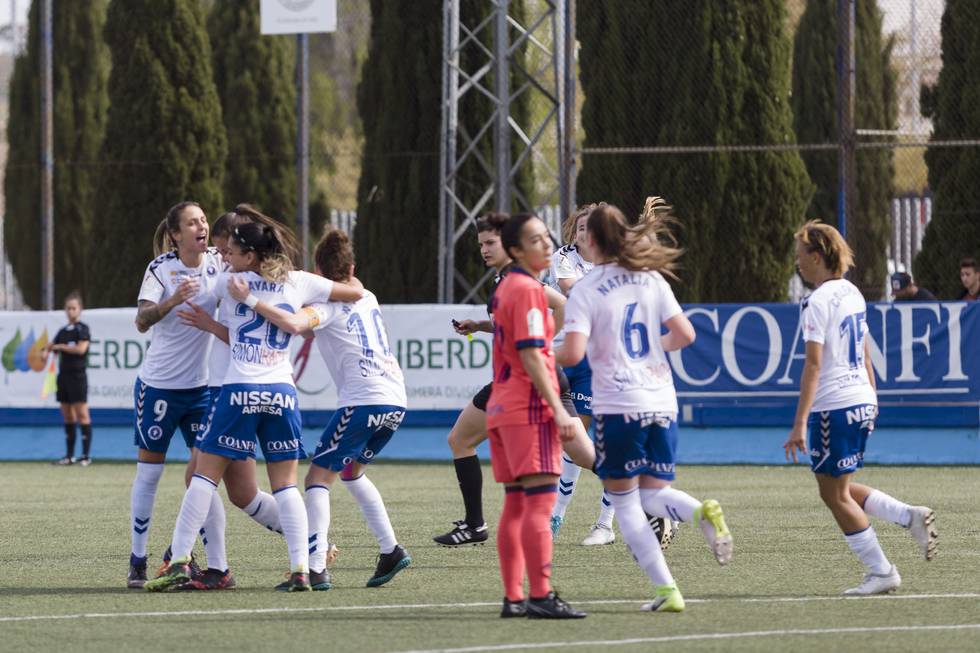 Two days before the end of the Spanish league, the title is still not played between Atlético de Madrid and FC Barcelona. The race in third place is restarted between Bilbao and Granadilla Tenerife, and two places are still in play to reach the Queen's Cup. In contrast, in the bottom of the table, the games are almost done. If Zaragoza still has some hope with his victory against Athletic Bilbao, Santa Teresa is mathematically relegated.

At the dawn of this 28th day, Santa Teresa was almost sentenced, eight points behind the first non-relegable, Albacete. It is an opposition between the two teams that has extinguished the last hopes of the club Badajoz. A good 4-0 victory for Albacete on the grass of Ciudad Deportiva Andrés Iniesta, which allows them to ensure their maintenance in the elite of Spanish football. Two days from the end, and after four years in La Liga, the players of Extremadura come down in second division.

They do not yet know who will accompany them in the lower echelon, since Zaragoza still offers a reprieve with this precious 2-1 victory against Athletic Bilbao

Without right to the error, the road of maintenance is still long for the club of Aragon which must still move in Valencia, before concluding by the reception of the Atletico of Madrid. A decisive match may be looming, for the maintenance of one side, and for the title of the other. Indeed, with their respective victories, Atletico and Barcelona remain separated by one point, with the Madrilenians still at the front.


But, this defeat of Bilbao makes it possible to revive another stake, more anecdotal, the race to the podium. If the Basques seemed to have earned their third place, Tenerife has not said his last word and even returns to two points with his victory against Betis Sevilla. A result never before achieved that the club of the Canaries would like to go for. Despite his defeat, Real Betis is now certain to dispute the Copa de la Reina.


The Madrid derby, a copy of the Barcelona Derby?


The Madrid leader and his Catalan dolphin each played a derby this weekend. Two derbies that have taken similar turns.

On the grass of Espanyol, the Blaugrana were quickly led to the score. Elena Julve takes advantage of a bad agreement in the defense of Barça to take over on Mapi León and mislead Sandra Paños (4th). But, two minutes later FC Barcelona will return to the score, on a long free kick Bussaglia, awarded by Mariona Caldentey before the conclusion of Marta Torrejón in front of goal. Barely time to doubt, then the players of Fran Sanchez will eventually take the lead on the strike of Lieke Martens pushed back, but sent to the back of the net by Mariona who rode in front of goal. In added time, Barbara Latorre confirms the victory of Barça, a success that puts pressure on Atletico, obliged to win in his derby.


The next day, the leader of Madrid will experience an almost identical beginning. From the first minute, Rayo Vallecano opened the scoring. A strong center from the left deviated in its own goal by Marta Corredera. Then, Sonia Bermudez will equalize in the wake, before allowing his team to take off. The Madrid leader will quickly master his subject to lead 4-1, with a fourth goal from Ludmila Sa Silva. His first since returning from injury at the 26th day.

Sporting Huelva, in the race for the Copa de la Reina


Another derby of the weekend, that of Valencia, won 1-0 by FC Valencia on the lawn of Levante, with a goal of Anair Lomba, in a meeting fully mastered. With this victory, Mari Paz Vilas' teammates secured their place for the Queen's Cup at the end of the season. There are two places left to take. Two places, for the moment occupied by Levante, with three points ahead of the ninth, the Madrid CFF, and Real Sociedad, hutième and tied points with the Madrilenians.

Real lost 1-0 to Sporting Huelva. The Andalusian club, long at the gates of relegation, has not only ensured its maintenance, but also returns in the race for the Copa de la Reina. A series of four games without defeat that continues against the Basque club with a goal from Anita Hernandez.


The Madrid CFF failed to take advantage of San Sebastian's defeat to take one of the provisional qualifying places for the Cup. Nevertheless, the Madrilenians began well the match against FC Sevilla. After a first goal denied for offside, Jade Boho opened the scoring (9th). But, Seville will make a beautiful second period to return to the score and then come off. A sublime shot by Helena Torres (57), an outside of Amparito Delgado's right foot (87) and a hard-won lead by Olga Carmona (92) will defeat Víctor Miguel Fernández's players.

A 3-1 success that allows FC Sevilla to also believe in a place in the top 8, with four points behind Real Sociedad.