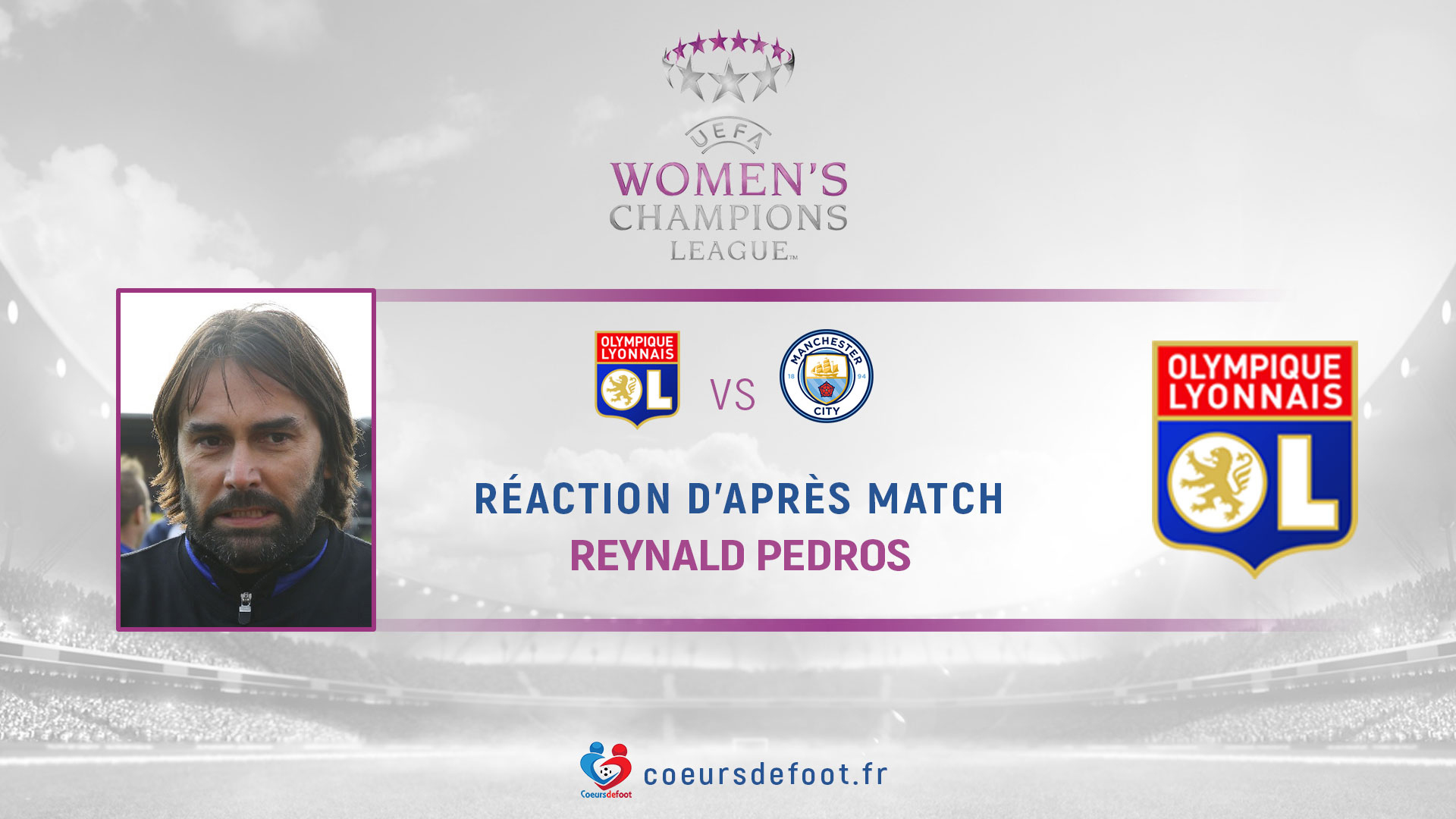 The reaction of Reynald Pedros, the coach of Olympique Lyonnais, after the qualification of Lyonnaises for the final of the Champions League at the expense of Manchester City. A logical success despite the difficulty of the champions of Europe in title to find the net in this double-confrontation.


"What makes me happy is logic. When we look at the first leg and the second leg, it's a bit like the match. They have a little more trouble on the first leg in their system in the middle. We had studied well but on the face of the two matches, we managed to do on the return leg what we could not do in the first leg, that is to say, to score this little goal.

Now, actually it's a satisfaction to go to the finals, not to have a goal. I think that the qualification is indeed deserved. "


On this match, we have the feeling that the goal has released the team, in the game, in the concatenations ...

Now, what is important is that even after the goal, we did not back down, we continued to defend by advancing, to go and score this second and that's our state of mind, a little our DNA, so that's good. "


Wolfsburg or Chelsea, Lyon will he necessarily favorite in the final?

"We are favorites because we are the champions of the title, after I saw the first leg between Wolfsburg and Chelsea and I can tell you that it is two very beautiful teams, now we'll see who we have in the final, but it will be I think a nice final. "