Vanessa Guide (As Boys): "I found the story very strong" 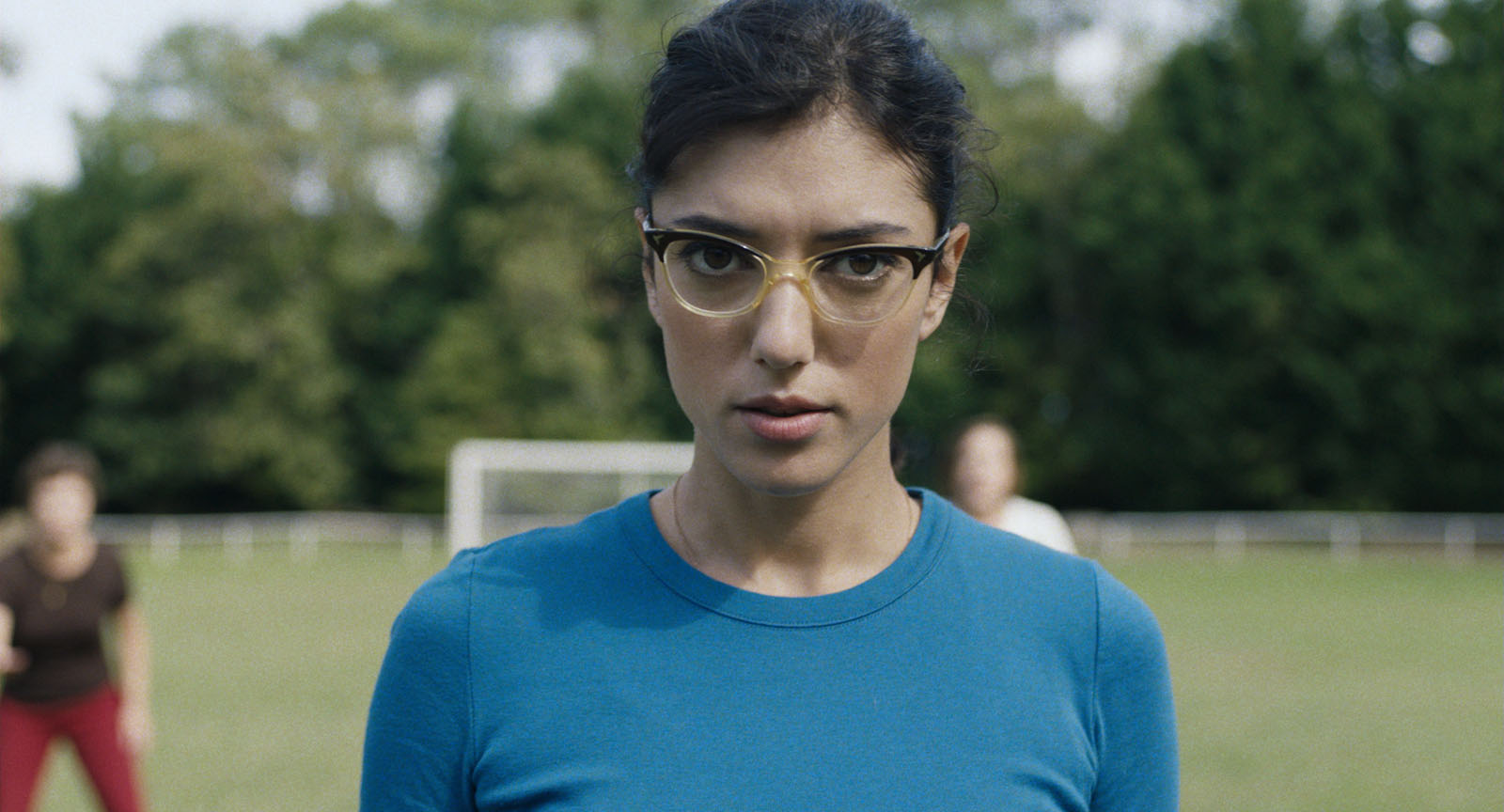 At the poster of Comme des Garçons, Vanessa Guide is one of the leading roles in this comedy inspired by the history of the Reims team created in the late 1960s and which will serve as a spearhead for the revival of women's football in France. We exchanged with her on the film, on what represents the story of the "Girls of Reims" and its discovery of football.

Soccer Hearts - When you first discovered the subject of the film, what impressed and interested you in this story?

Vanessa Guide - I was not at all aware of the story. I watched a documentary called "The Girls of the Stadium" and which traces the history of these pioneering players of the Reims team. I found the story very strong and I think there are too few people who are aware of the fight of these women, just to have the right to play football. I found the theme very strong, and I also like the era side and then the big challenge is to learn to play football.


"There should be more and more movies like that. "


CDF - The character of Emmanuelle Bruno is one of the two main roles of the film. It feels like it's a little heroine of the movie. One who is not afraid to force the door, literally and figuratively, for things to move forward. Does that correspond to the interpretation you wanted to give?

V.G - It's true that in the script, it was written like that. She's an interesting character because she starts off as an erased young woman, working in secretarial offices and she's going to be a figurehead for this team when she did not even want to start. integrate and with the help of Paul Coutard. Between them and with the pugnacity of these girls, they will succeed in moving minds and yes, I found it very interesting.


CDF - One of the things you insisted on is the importance for you to have strong female characters, which are highlighted in a film? For you, the cinema needs to tell more often stories like those of the "Girls of Reims"?

V.G - Already, I find that really well-written female characters who are not there to be stooges of boys, in French comedies is relatively rare. Although I find things are changing because there are more and more women writing and realizing. We are not going to lie, the films that put women in the spotlight are written and directed by women.

So, what was really special about this film is that Julien, even though he has male and female co-authors for the screenplay, it starts from his idea. It is a man who realizes, and he wanted to put in the honor, not one, but full of women in this film and indeed, they are girls with very strong personalities, characters, beautiful trajectories who have things to say. So yes, there should be more and more movies like that.


CDF - Did you have the opportunity to meet the players of the time before the film?

V.G - No, we did not meet them before. It was not a will of Julien because we do not copy or paste at all what they were. We were actually inspired by their story but there are also a lot of things that are romanticized. The characters we interpret may be inspired by some of them but it's not really a biopic.

So, there was no need to meet them. On the other hand, we were all very eager to meet them, but more for the pleasure of communicating with them, to share, to see what they think of the film, to be able to ask them a few more questions about this period. But without meeting them, we had seen their interviews in the documentary "Les Filles du Stade" where we hear about this time and then this recession, what they thought about what they had experienced. So we did not know much about who they were, what they thought and all that.

"They really were pioneers"

CDF - You spoke in several interviews about the feminist dimension of the approach. In what way does this film represent for you a position in favor of women, whether in sport or in society in general?

V.G - The girls of the time, the players defend themselves from having any relation with the feminists. They were not involved at all, but I think that in spite of them, they have advanced the women's cause. The symbol is still strong enough, and when we talk to current footballers, who were not necessarily aware of the story, they tell us that yes, without them, [difficult] to know if there would be any. women's football today, in any case it might not be as advanced. They really were pioneers.

It makes mentality advance because we laugh at phrases that seem completely aberrant like "Football can make sterile", "The place of the Woman is in the kitchen and not on a field" or "Who will do my ironing if my wife will play football? "... These are things we could not say today, at least not publicly, but it's good to remember. There may be some guys who do not say it but who do not think less, and the fact to bring it with humor on a film like that, it makes think.

With a film "feel-good", family, a comedy, it still thinks people. And there are guys who come to see the film in projection and who say to themselves that it is true that it is not very rewarding for the guys of the time, but that it was the case, there were really about who were being held, and even today there is progress to be made, whether in sport or for the position of women in general. Even if it was in 68, I find that the film has a resonance with the news

"There are some great players who are very inspiring"

CDF - Before shooting this film, were there sportswomen who were for you an inspiration?

V.G - I know there's a movie, Battle of the Sexes, which recently came out on the story of Billie Jean King, the tennis player who is a very committed woman who fought for her sport. Like that, I think of her.

Today, with the shoot, I'm interested in men's and women's football, and there are some great players who are very inspiring. I met especially Gaëtane Thiney, Laure Boulleau who speaks very well of his sport. Great players like Camille Abily and Amandine Henry who are inspiring girls in women's football.

"With the girls of the team, I think we will soon be rebuilding an Urban"

CDF - You have "learned" to play football on this film. Do you think you will continue to play?

V.G - Yes, completely, since the end of the shooting. I had cruciate ligament pains. I did not feel it too much everyday, but as soon as I tried to hit, it hurt me a lot. So I was there, disgusted at not being able to play. And then I went to see a chiropractor who just saved me!

And to watch the match this weekend [PSG-OM where Vanessa Guide gave the kickoff with Max Boublil] and since we started the promotion, to talk about football, to see matches again, gives me too much desire to redo matches. And with the girls of the team, I think we will soon be an Urban again because we miss it.


=> To read - Comme des Garçons: How D1 players participated in the movie


CDF - In Comme des Garçons, there is a song with a chorus that has become a bit of a slogan ("crampons-nichons") around the movie. Is it a song inspired by the time or did you create it with the movie?

V.G - The girls [from Reims] actually had hymns and songs that were not that one at all. The slogan "crampons-nichons" was found by Julien's co-author, Fadette Drouard. It is she who created this song that is taken up everywhere by the football teams, and it makes us very happy that women's teams take it back.

They send us videos of them screaming "crampons-tits" before or after matches. And the song was composed by Solène Rigot who is the goalkeeper [Corine] in the film. She is a little musician, she plays the accordion and she composed this song during the shooting.